The International Coffee Organisation (ICO) is the only inter-governmental organisation dedicated to strengthening cooperation among the global coffee sector. The ICO members represent 97% of worldwide coffee production and 67% of global consumption.

In 2018, ‘Resolution 465’ on the coffee crisis was adopted. This has resulted in an ICO-organized sector dialogue between relevant stakeholders in the sector and the wider international community, as well as the ‘London Declaration’. This Memorandum of Understanding was signed by twelve private sector companies and endorsed by the International Coffee Council.

To implement the two resolutions, the Coffee Public-Private Task Force was established. It currently consists of 18 representatives of the private sector and 16 importing and exporting countries as representatives of the ICO member states. In addition, the Task Force is supported substantively and financially by a large number of international organizations and institutions. In particular, the German Federal Ministry for Economic Cooperation and Development supports the work of the Task force through the coffee team of the Initiative for Sustainable Agricultural Supply Chains. 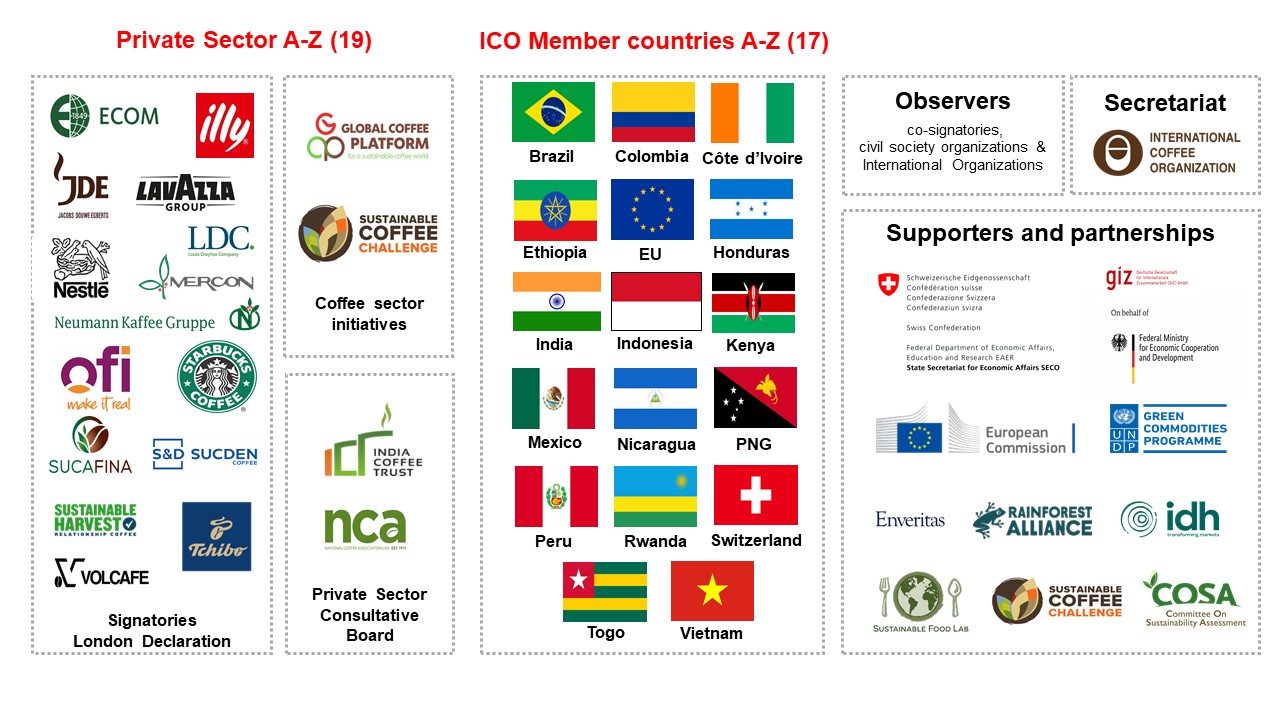 The overall goal of the Task Force is to transform the coffee sector and create a sustainable and prosperous future for coffee producers and the sector as a whole.

On that basis, a roadmap was developed that provides an overview of the agreed commitments and milestones of the task force in terms of time and content. It relates to the period 2020 to 2030. 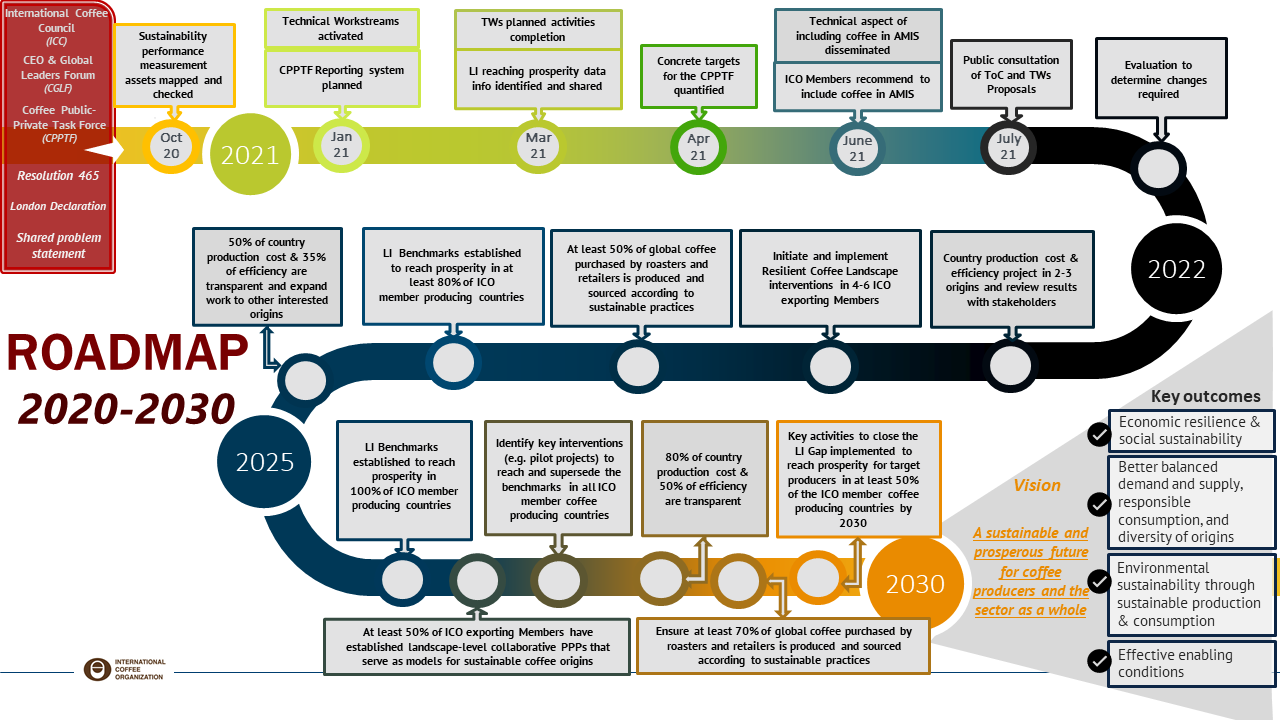 The roadmap includes five Technical Work Streams (TWs) covering different subject areas and driving the sector-wide dialogue. Each TW has defined goals that governments work on together with organizations and the private business sector.