The Partnership for Sustainable Orange Juice (PANAO) was officially founded on 4 December as part of the German Sustainability Day. Actors from politics, business, civil society and trade unions want to jointly address social, economic and ecological challenges in Brazilian orange juice production and increase the share of sustainable orange juice in the long term.

Now it is official: PANAO is starting its work for social justice and labour rights as well as labour and environmental protection in the orange juice supply chain. Why orange juice? Next to apple juice, orange juice is the most popular fruit juice in Germany. And most of the orange juice consumed in the EU and Germany comes from Brazil, where production is linked to numerous problems: Workers often work on a piecework basis and can hardly live a decent life on their wages. They are exposed to harmful pesticides and are often not provided with the necessary protective clothing. Trade unions that stand up for workers' rights are hindered in their work. Against this background, the PANAO was constituted on the initiative of civil society.

PANAO relies on dialogue with all stakeholders in the EU, Germany and Brazil. On this basis, it develops concepts for sustainable procurement practices and identifies starting points for strengthening employee representation. Initially, targeted approaches to improving working conditions are developed and implemented on selected pilot plantations, which are then disseminated widely.

Further information can be found at www.panao.org.

The official founding of PANAO at the German Sustainability Day on 4 December 2020: 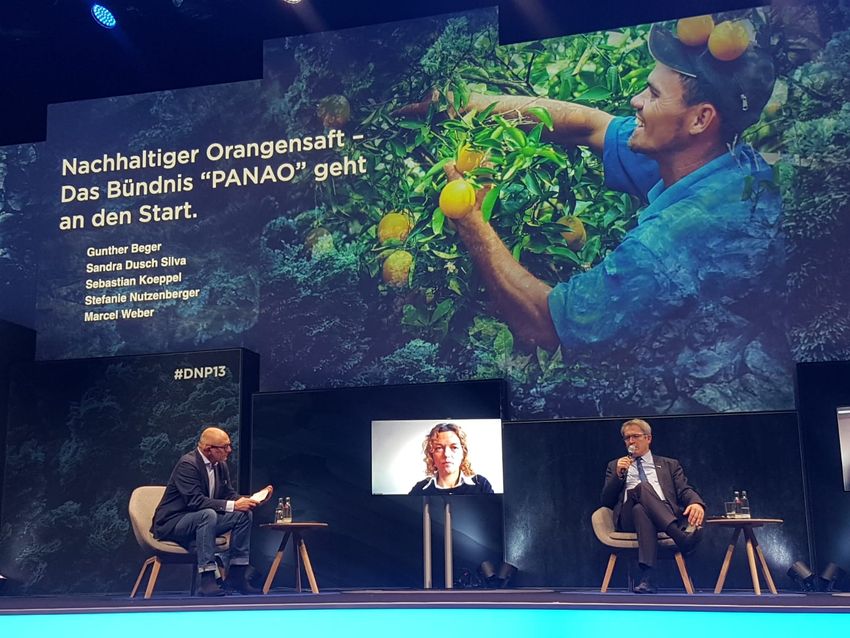